That acupuncture benefits patients with pain relief would have come as no surprise to the father of modern medicine, Sir William Osler. He practiced acupuncture over half a century before Chairman Mao and the “new” Traditional Chinese Medicine. Near the end of the 19th century, Osler wrote in his most famous work, “The Principles and Practice of Medicine” (1892) that acupuncture for acute back pain provided “the most efficient treatment.” In addition to lumbago, Osler suggested acupuncture for sciatica and neuralgia. Osler was one of the founders of Johns Hopkins Hospital.

Following in the footsteps of physiologist and physician Sydney Ringer, Osler wrote, “In many instances the relief is immediate, and I can corroborate fully the statements of Ringer, who taught me this practice, as to its extraordinary and prompt efficacy in many instances.”

A 2009 study by the Mayo Clinic indicated that acupuncture showed a much larger effect on the ultimate neurological recovery from acute spinal cord injury than any pharmacologic intervention to date. It’s hard to ignore the value and safety of acupuncture treatment for patients with disk disease.

A British study found that acupuncture provides a less expensive way of easing lower back pain in the long-term. Patients who received 10 sessions of acupuncture said they had less pain at a two-year follow-up, when compared with those who did not get the treatment. Study co-author Hugh MacPherson, Ph.D., said, “Acupuncture definitely has a role in the treatment of low back pain….and it seems to be associated with longer-term effects than anyone has realized.” He says the ancient Chinese therapy has proven it can be used with traditional therapies for back pain. Researchers analyzed 33 studies and concluded that acupuncture was an effective treatment for lower back pain. Eric Manheimer, at the University of Maryland, said, “Our analysis suggested that the benefits of acupuncture for low back pain are NOT due to a placebo effect.”

Learn how our unique style of acupuncture can eliminate your pain and improve many other health problems. Call our Minneapolis Acupuncture clinic at 952-831-8080 or go to our contact page now. 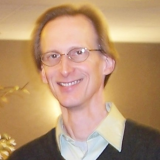 For more than 20 years, Steven Sonmore, L. Ac, Dipl. Ac., has been helping people transform their lives and maintain better health through Chinese medicine. Steven is a licensed acupuncturist, Chinese medicine herbalist, and certified life coach. He offers complete health care through acupuncture, Chinese herbs and nutritional counseling. Steven’s patients come from all different ages and walks of life and he has extensive experience treating a spectrum of dis-ease ranging from physical pain and discomfort to emotional stress and anxiety. His extensive experience is evident by the high success rate he consistently has with patients and is licensed by the Minnesota Board of Medical Practice. Steven is also certified by the National Certification Commission for Acupuncture and Oriental Medicine.